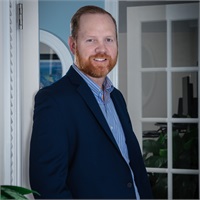 Garrett Taylor has a remarkable track record of growth. He founded both Coastline Wealth Management and sister company Advisor Successions in 2012. Over the last few years, his independent investment advisory practice has grown AUM from $20 million to approximately $1.5 Billion, predominantly through acquisitions. Advisor Successions holds a reputation as the leading national consulting firm for financial advisors and wealth managers interested in buying or selling financial advisory practices, overseeing the successful transition of billions of dollars in AUM.

Prior to founding Coastline Wealth Management and Advisor Successions, Garrett spent a decade with Ameriprise in a number of capacities from financial advisor to branch manager.

On a personal note, Garrett lives in Huntington with his wife Beth and three daughters. He enjoys spending time with his family, travelling and skiing. He also is an active contributor to Make a Wish of Suffolk County, and thoroughly enjoys giving back to the community. Coastline sponsors a child annually and supports the funding for their wishes each year.

In 2020, Garrett received national recognition as a leader in the financial advice industry, being named to the InvestmentNews 40 under 40 list.  Garrett has been recognized by Long Island Business News, receiving numerous awards including Executive Circle, Business and Finance Awards and 40 under 40 for Long Island. Garrett was also a Freedom award recipient for the Independence Party. He has been recognized as a chairman with Kestra Financial since 2012, their highest distinction recognizing outstanding client service. Lastly Garrett is a founding member of the Long Island chapter of Entrepreneur Organization (EO), a global network of successful entrepreneurs.

Mr. Taylor holds a B.S. in Finance from Penn State University with a Certificate in Macroeconomics in Money and Banking. He also holds the designation of Chartered Retirement Planning Counselor (CRPC®).

These awards are not investment-related or based upon performance or returns experienced by any client or opinions of the advisor's clients or former clients. Third-party rankings and recognitions do not ensure that a client or prospective client will experience a higher level of performance or results and are not representative of any client's endorsement or evaluation.